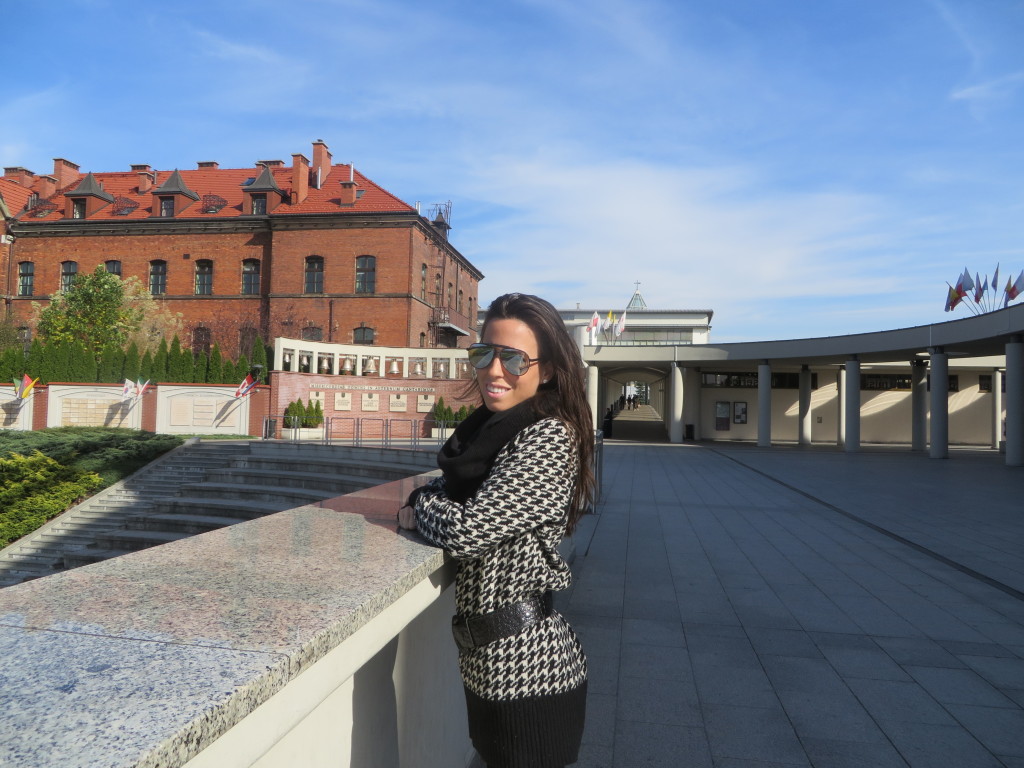 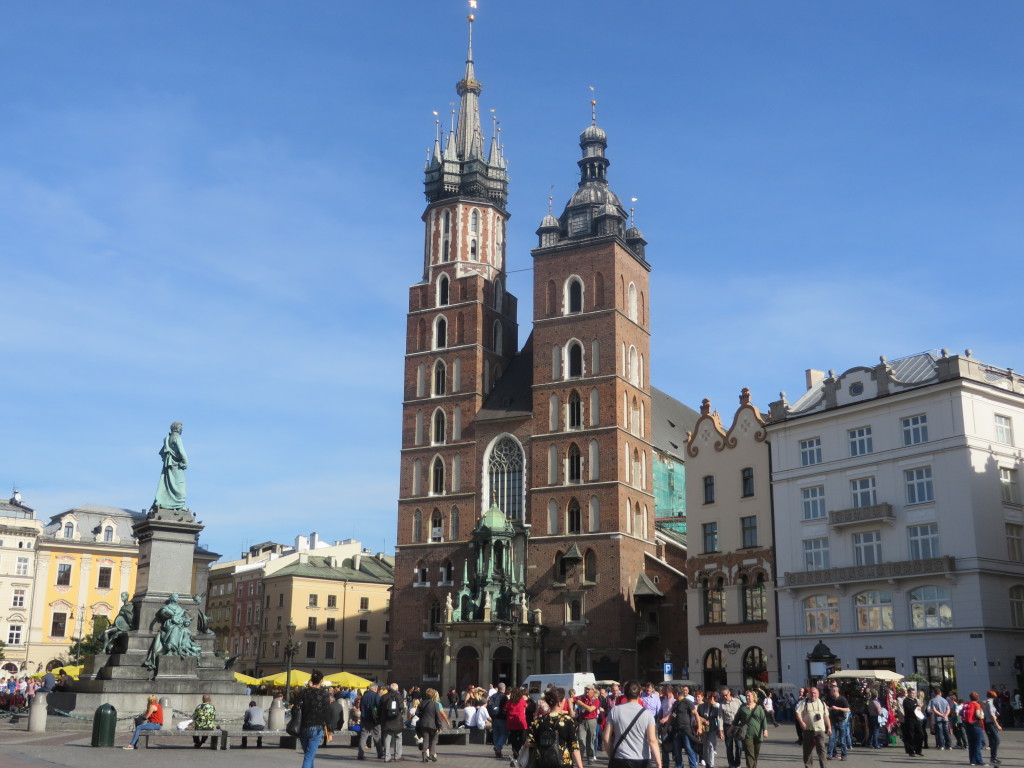 Hello!  I have arrived to the city of Krakow, Poland, for a spiritual trip and will be spending two weeks visiting different cities in this country.  It’s my first time here so I am super eager to learn about the food, the culture, the landscape, and everything else!  The weather is currently so beautiful, it is chilly, but sunny.  The first photo was taken in Lagiewniki – here is located a sanctuary that is visited by millions of pilgrims from around the world every year.  The second photo is from the Main Market Square in Krakow’s old town, the tall building that you see is the brick Gothic St. Mary’s Basilica that was rebuilt in the 14th century.  It is well known for its impressive wooden altarpiece inside that was carved by Veit Stoss (a leading German sculptor, whose career covered the transition between the late Gothic and the Northern Renaissance).  I was impressed by the blue starred ceiling inside, it reminds me of Sainte Chapelle, the royal Gothic style chapel in Paris, France (also built and consecrated in the 13th century).  Something very interesting takes place at St. Mary’s Basilica: every hour a trumpet signal is played, that commemorates the famous 13th century trumpeter that was shot in the throat while sounding the alarm during the Mongol invasion of the city of Krakow.  I will post more photos soon!, so far I have limited wifi, and we are always walking around… xo

You may also enjoy: